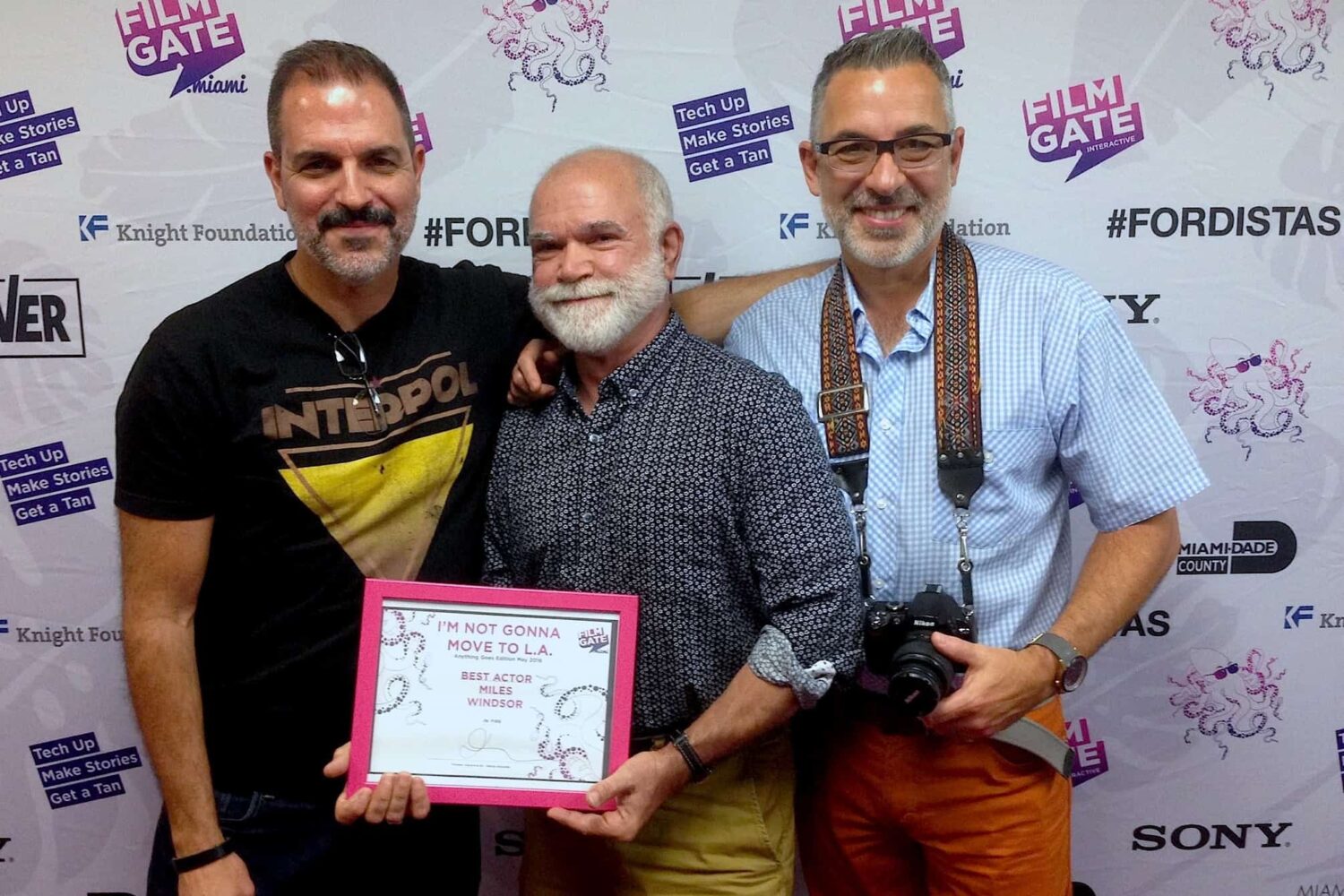 Fire, a short film written and directed by EMMY award winning Miami video production company and creative video agency 66 Films director Freddy Rodriguez, showed at NOLA in Wynwood to a sold out crowd and our very own Miles Windsor (The Collector) walked away with the Best Actor award beating out a slew of actors in eight other exceptional short films. Fire was “the most talked about film of the night” according to FilmGate Executive Director Diliana Alexander and had director Freddy Rodriguez busy explaining what his terribly beautiful and disturbing film. NOLA attendee Andy Lizarraga had this to say about Fire on Facebook. “Best cinematography and art concept in my humble opinion. Music, color, and lighting were on point and the actors were fierce. Fire was fire 🔥🔥🔥 I truly enjoyed it thanks for submitting, showing, and sharing it tonight Freddy Rodriguez can’t wait to see more.”