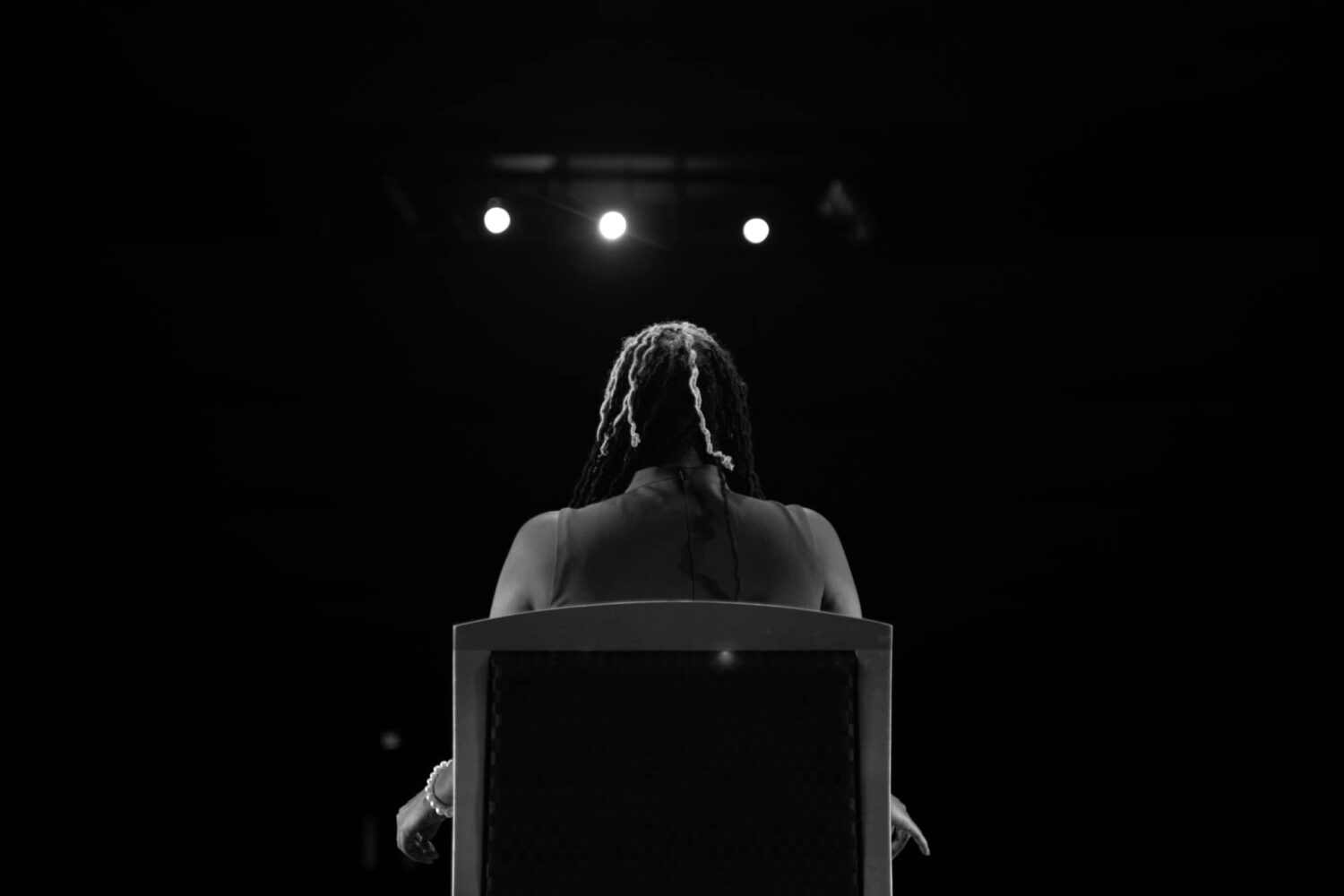 Directed, shot and edited by 66 Films’ award-winning filmmaker Freddy Rodriguez, “Open Dialogues: Black Voices|Black Stories” focuses on what social justice looks and feels like for Black residents in South Florida, as told through the narratives of eight Black South Florida residents. A musician, essayist, spoken word performer, developer, lawyer, physician, visual artist and PHD educator. The purpose of the project is to inspire conversation about inequality and equity of the African diaspora in America.

The South Florida PBS film-maker initiative provides a platform for filmmakers from the Keys to the Treasure Coast to reach an audience of more than 6.3 million viewers. Open Dialogues: Black Voices | Black Stories will also air Thursday, Nov. 10 at 5:30 p.m on WXEL Channel 42 in the Palm Beaches and Tuesday, November 15th at 7:30pm on WBPT Channel 2 in South Florida 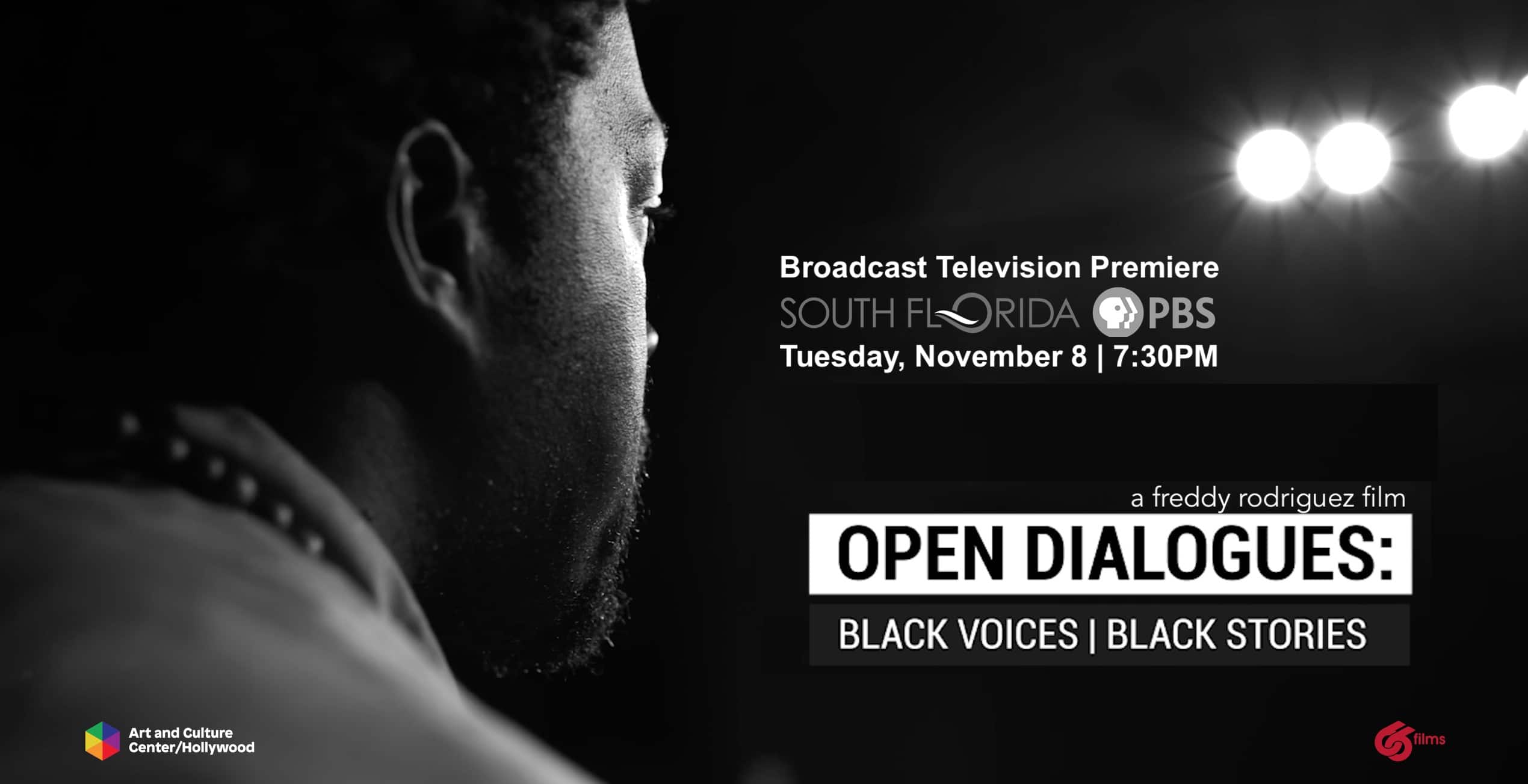 Open Dialogues: Black Voices | Black Stories promotional banner with Spoken Word Artist Darius Daughtry on the cover with his back to the camera and the titles from the film.

“Open Dialogues” has now been funded for another round and will be a series of documentary shorts produced by the Art and Culture Center/Hollywood and funded by the Community Foundation of Broward. Filmmaker Freddy Rodriguez will reprise his role as Director/DoP and Editor for “Open Dialogues: Forever Allied”

“Taking this journey again is frightening, but exhilarating. I’m very much looking to collaborate with Producers Joy Satterlee and Jeff Rusnak of the Art and Culture Center” – Freddy Rodriguez. 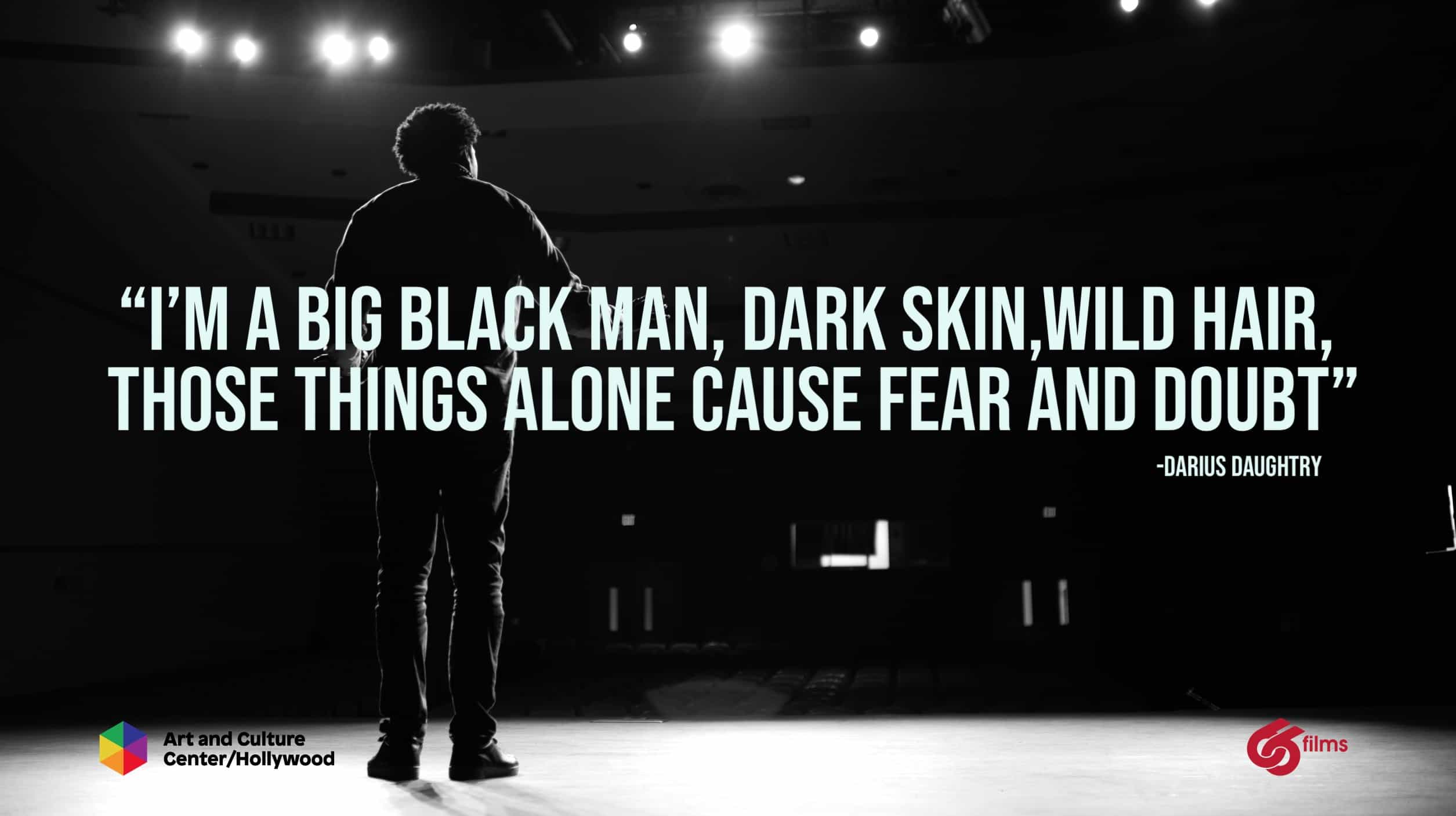 It’s not often that I get impacted so deeply with a project. As a married White Latino, who lives comfortably in a Miami suburb. I have become completely complacent of the struggles of Black Americans. And though I’m sympathetic and supportive of equity and equality for blacks, working on Open Dialogues: Black Voices|Black Stories reminded me that my sympathy goes only so far.

Hate and misunderstanding not only play a powerful role on how we are perceived, but plays an even more destructive role when our skin is black and there is no where to hide. One of every three black boys born could expect to go to prison in his lifetime, as could one of every six Latinos—compared to one of every seventeen white boys.

Racial and ethnic hate in the US is real. Black folk are dying, being imprisoned, and yet being held to a higher standard than Whites. Black Americans asking for us to listen to them and in Open Dialogues we give them the space to tell us what it’s like to be black in America today.

The stories in “Open Dialogues: Black Voices|Black Stories” are real, powerful and raw.